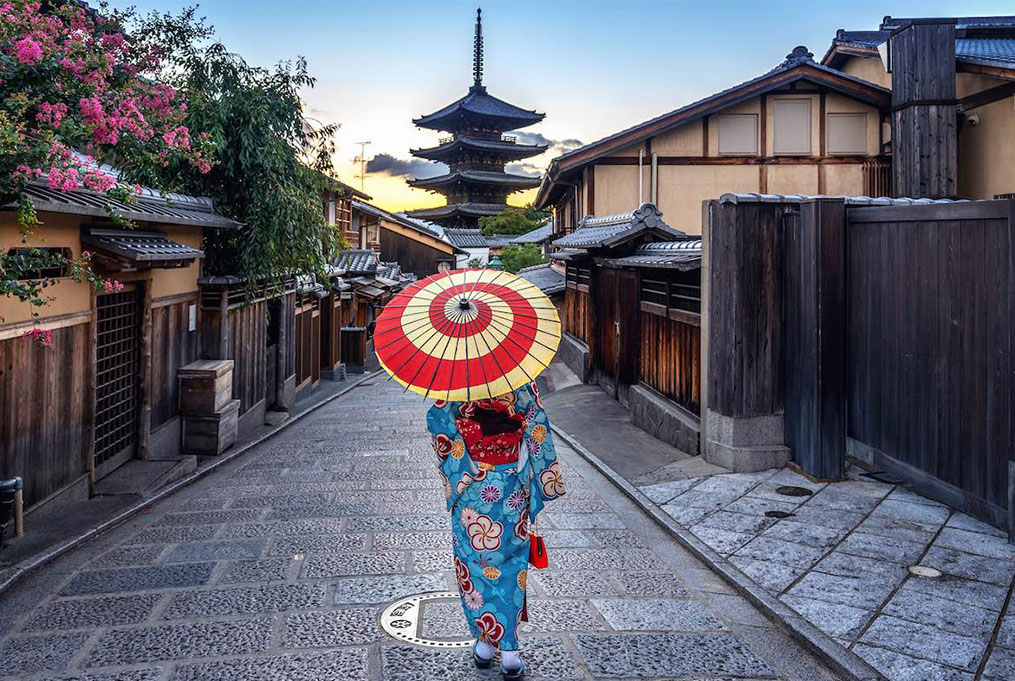 A path to metamorphosis: life of a geisha

Are you looking for a nice, quiet and characteristic place to visit in Japan? One of the options, is Kyoto for sure, a country rich in history and well known for its peculiarity: Gion, the most famous geisha district.
Those streets used to swarm with geishas and everything related to them.

What is the role of a geisha?
The world geisha means “artisan”; is very important to not confuse geisha's figure and role with that one of a courtesan. They were trained in a specific school to learn traditional Japanese dances, how to play traditional instruments such as “Shamisen” and other forms of art like singing, literature, poetry, acting.
The apprenticeship started when, at the end of her studies, a young lady became a “Maiko”, the second phase, closer to the final stage, the acquisition of the “Geisha” status. There were some differences between a maiko and a geisha.
A maiko used highly decorated kimonos, with very long sleeves (some of them reached the floor), and a very complex “Obi” that was a wide belt knotted in the back. Their make-up consisted of a thick layer of white colour on their face, red lipstick and black colour used around their eyes. A geisha, used simple silk kimonos, with normal sleeves and shorter “Obi”. Her make-up was much more natural, she had the chance to decide whether to use make-up or not. Hair-styles were equal for both: sophisticated chignons held by traditional combs.
Geishas also had to be able to entertain men with clever and brilliant conversations, usually in tea houses, a reason why the tea ceremony was part of their school education.
Common customers requiring geishas’ entertainment were powerful or wealthy men, such as politicians, doctors, business men or army generals, who paid the ladies for their artistic performances and company. Part of the money a geisha gained, went to her “mother”, called “Okasan”, the owner of the “Okiya”, an establishment she was affiliated with during her career or training period.
The oka-san invested her money on the future of the girl she decided to raise (from food and accommodation to make-up and jewellery), consequently she had the right of managing her life and taking part of a geisha/maiko profit as reimbursement of this long training. A geisha also had the possibility to have a husband that her “mother” chose for her, mainly according to her own interest.

Why decide to become a geisha?
As it's possible to understand, geishas were women with very harsh lives, girls that had no choices but that life, in order to survive to poverty. However, their path, just like a metamorphosis evolved them from humble chrysalises to beautiful, big, colorful and dignified butterflies.

Previous articleWhy are movies so important?
Next articleThe show must go on