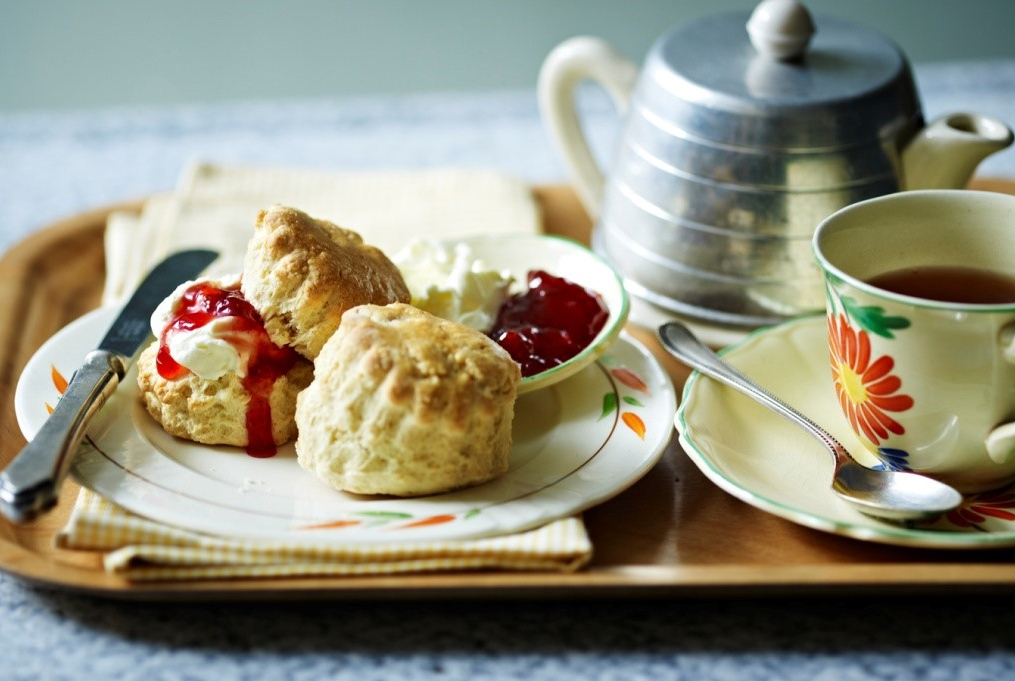 Throughout the world food culture represents an essential part of identifying different regions. Let’s discover together some tasty British food traditions, which make this country unique.

Most people eat three main meals a day: breakfast, lunch and dinner. Breakfast is usually a healthy meal and it consists of cereals, toast, fruit juice and coffee. In Britain, the traditional breakfast of fried bacon and eggs is very popular but not everybody has time to cook it. Lunch, differently from Italy, is usually a quick, easy-going meal. Most of the time children have lunch in the school canteen or they can take their own packed lunch from home, while people at work often just have a snack or eat a sandwich during lunch break. Dinner is usually the biggest meal of the day and it is generally one main dish, meat and potatoes, but pasta or curry and rice are common too. Brits have dinner quite early, around 6pm.

This particular dish is very famous. Its origins date back to the second half of the 19th century, during the Industrial Revolution. Legend tells that fried fish became popular in Britain thanks to Jewish migrants who came from Spain and Portugal. It spread especially because it was a hot nutritious accessible-to-all meal.
In Britain there are even special shops, called ‘chippies’, where you can buy fish and chips. Children eat them for school lunch and sometimes you can find both chips and fish in delicious sandwiches. Many people eat fast food or junk food, and it is not a good habit. However, they do this because some people don’t have time to cook a healthy meal and some just love the taste.

Last but not least, afternoon tea. It is one of the British traditions that tourists appreciate the most. It is a small meal, served between about 4 and 5pm. It consists not only of tea, but it includes a rich menu with milk, coffee, small sandwiches or scones, filled with butter or cream and jam, delicious! Queen Elizabeth II follows this ‘ritual’ with the whole royal family. It is an old habit, regulated by the court protocol and she would never give up on it.