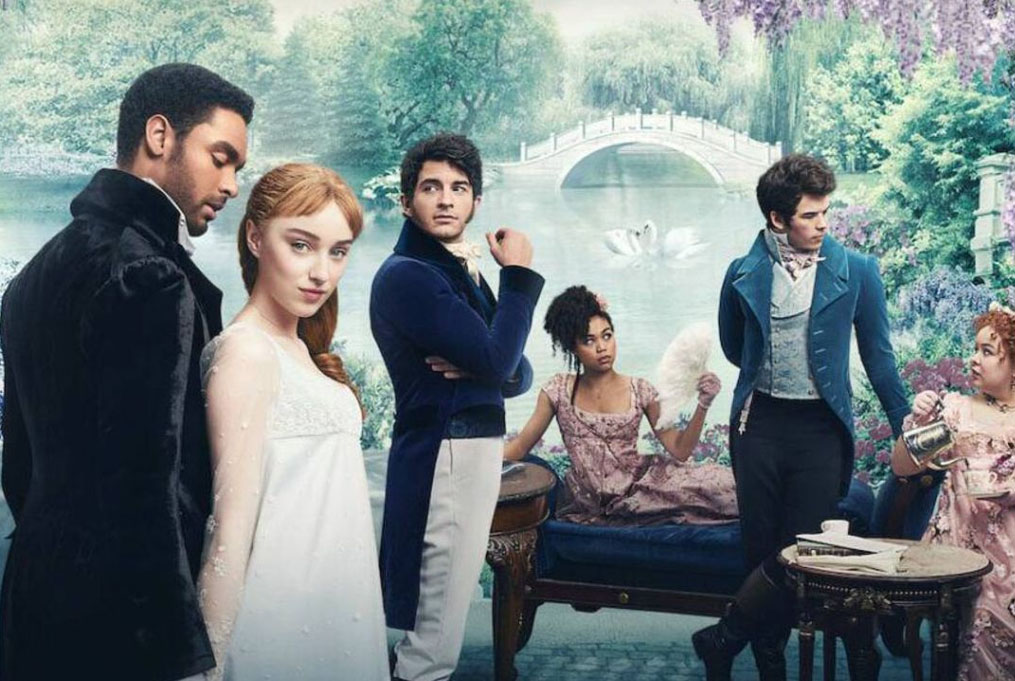 Bridgerton; a new tv series that is making a sensation all over the world

Filmed in Bath a city in England, this series narrates the vicissitudes of an aristocratic family set in the Regency period of the first half of the 19th century.

The English castle atmosphere, the wonderful dresses in the colours in vogue at the time, the gossip handled by the famous Lady Whistledown whose identity is unknown and the representation of the black nobles, who didn’t actually exist in that period.

The main characters are rich, attractive and their love stories intertwine and cause much havoc at court.

The young women of the series have only one purpose: to find a husband, possibly of higher nobility. Unlike the young nobles, such as one of the members of the Bridgerton family who falls in love with a working-class woman.

The book saga, by Julia Quinn, inspired the tv series, composed of 8 novels, the first of which is “The Duke and I” which is the plot of the first season.

The story takes place between 1813 and 1827, and tells the stories of the children of Viscount Bridgerton: the firstborn Anthony and his brothers and sisters Benedict, Colin, Daphne, Eloise, Francesca, Gregory and little Hyacinth.

In the first season we follow the story of Daphne Bridgerton, who is ready to marry in agreement after several rumours about her, to defend her family’s name, the Duke of Hastings: a charming man sought by all the mothers of the debutantes, who is rebellious and has a past of great suffering. They don’t know that their relationship is anything but fictional.

The presence in the cast of black actors representing high-level characters, such as queen Charlotte, the Duke of Hastings and many others, caused a sensation. All of this to break down the stereotypes of the past and give to the latter the highest levels of the social ladder.

Who is Lady Whistledown?

This is one of the main questions when watching the series, every spectator tries to uncover the identity of the woman who knows everything about everyone.

The “grand finale” of the first season shows us her identity, and we can say that the answer was not obvious. This discovery has increased our curiosity for the second season even more.

I want to recommend this series because it leads us to reflect on important topics and not to underestimate anything, as well as involving us in a wonderful love story and it also makes us curious about what will happen next, maybe giving us the chance to get to know each character a little bit better.

Previous articleReady to fly?
Next articleCybercrime