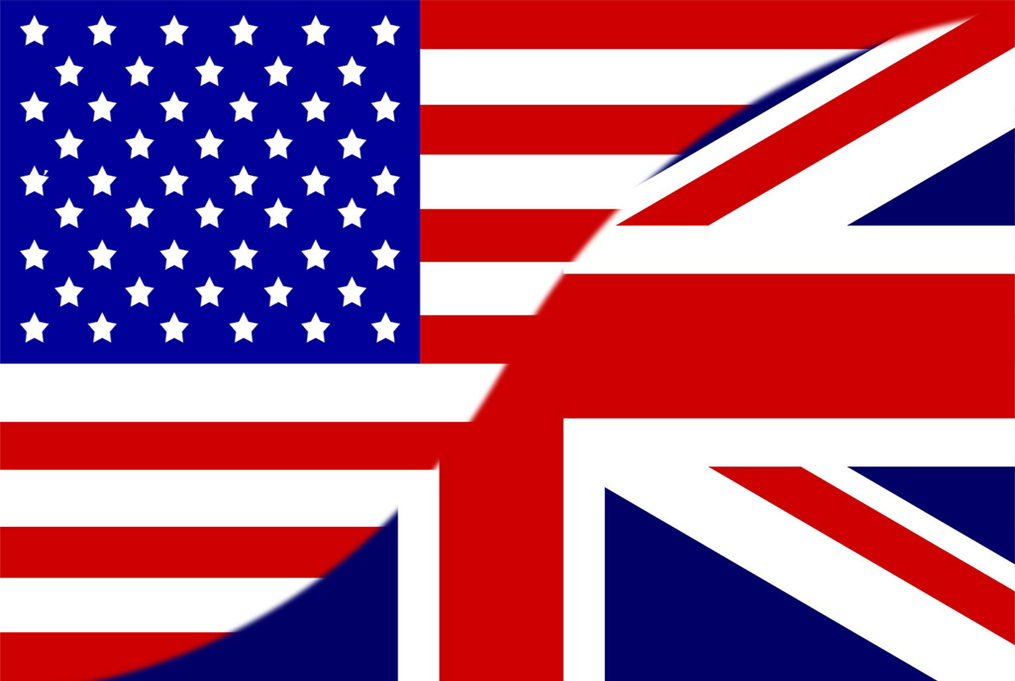 Italy is a country rich in different accents, which change depending on regions, mostly when it comes to Southern Italy where dialects are still spoken in everyday life, as it happens in English too. We all know that there are some differences between American English and British English, not only regarding pronunciation, but also about vocabulary, spelling and grammar. Let’s see some standard variations.

If you are too lazy to take the stairs, an alternative in the US is the elevator, which in the UK becomes the lift. How can you say that you won’t go to work because you are free? In the US people go on vacation, while in the UK they go on holiday. A weird one is the TV (US) which in the UK is called the telly. An even more unusual word is pants, because in American English it’s just a piece of clothing that you wear to cover the lower part of your body, but in the UK it means something else: it’s the British word for “under pants”, so you should say trousers to avoid inadequate misunderstanding.

As in Italian, even in English there are many accents. Vowel sounds, intonation, American shortened words and struggling British dialects. Let’s focus on a characteristic English sound: the r. American English has a rhotic R, so it is pronounced at the end of the syllable; on the other hand, British English has a received pronunciation, this means that when there is a vowel before the r, it mustn’t be pronounced (car = caa).

If you want to speak with a British accent, you should choose a precise one: Geordie, Welsh English, Scottish, Scouse, Cockney, or just the standard Queen’s English. It’s up to you!

In the 1700’s Noah Webster reformed English spelling in order to write as similar as possible to the pronunciation. Today, some syllables are changing; here some of the most common examples:

In terms of grammar nothing really changes, but there is some grammar structure that is more often used in British English rather than American English and vice-versa. We should mention some challenging rules that non-native speakers have to learn.

After these few examples, you might feel dispirited or just more curious about English now. Try to set distrust aside and give yourself an opportunity, travel and be more confident. Everyone should always improve their skills, don’t be afraid of making mistakes. Choose one type of English as you prefer but be coherent and remember what George Bernard Shaw said:

“England and America are two countries separated by the same language.”
Previous articleVitamin D: a new discovery
Next articleEmily in Paris - Chanel, beret and cliché