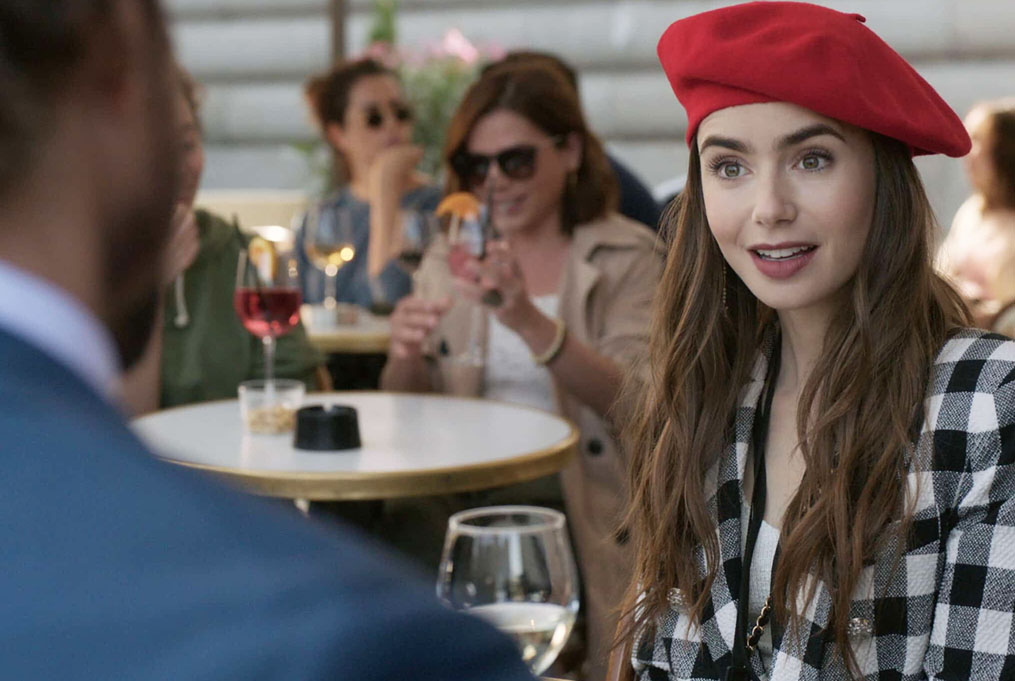 “Pathétique”: the French reaction to the tv shows

The brand-new Netflix series, which stars Lily Collins as Emily, was created by the man behind Sex And The City, Darren Star.

It follows the adventures of Emily – an ambitious marketing employee – who is suddenly offered the chance to move to Paris to work for a marketing firm (Savoir) that was recently purchased by the firm she worked for in Chicago.

Emily’s job is to utilize her American point of view for her new French company; however, she doesn’t even speak French. Big deal!

The newly released series makes us all fall in love with the charming world of influencers, - and obviously, with Paris.

From French and American stereotypes to fashionable and exclusive parties, there’s nothing that Emily can’t manage alone. Therefore, the TV show might be proving popular around the world, but in France people are rather less impressed.

Emily in Paris is a more or less accurate portrayal of Parisians, but not of French people as a whole. “It doesn’t represent a realistic image of the city or the variety of cultures France has to offer” – critics said. Indeed, it seems to highlight only the “negative behaviours” of French people. That is, the French who don’t want to work, who arrive to work late, who cheat on their partners, etc. While some are hilariously accurate, others are the result of a mistaken view of Americans, and perhaps of Europe itself.

Furthermore, Le Figaro points out how the Café de Flore, - which is passed off as a super trendy place, - “hasn’t been cool in over 40 years”. For those living in Paris, it’s only a “tourist trap”. On the other hand, the show isn't all froth. They talk about inappropriate workplace behavior or if something is "sexy" or "sexist". But the overall tone of the show is escapist.

Put simply, whether you loved it or not, Emily in Paris gives us a positive escape from the problems surrounding us all. Especially during these difficult times!