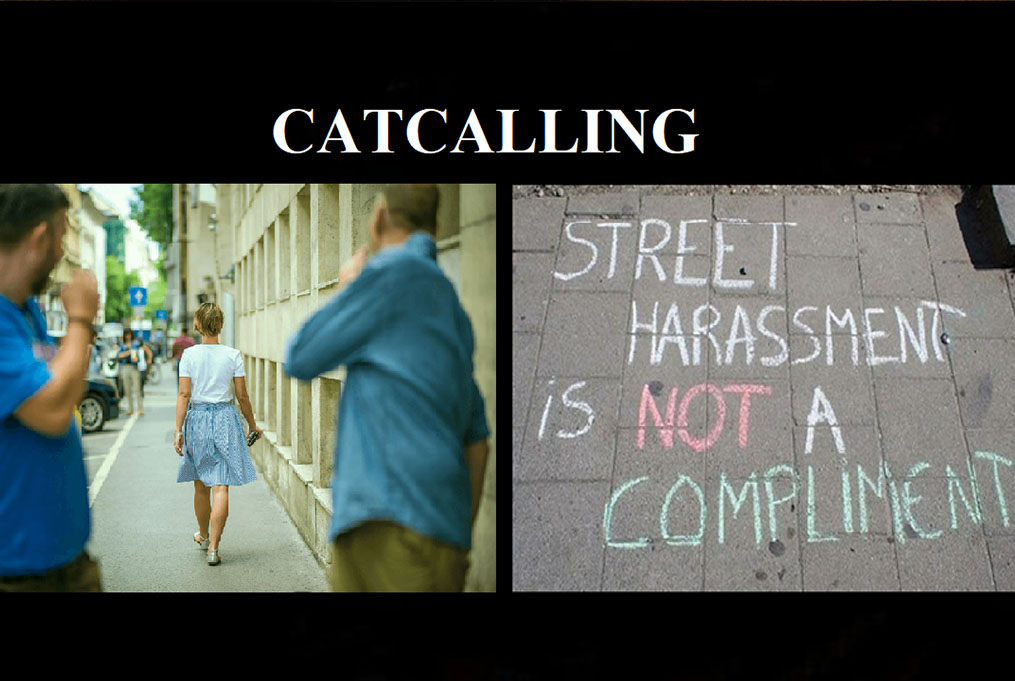 The term refers to the act of shouting harassing and often sexually suggestive, threatening, or derisive comments at someone publicly. In the past, this English term, indicated a cat whimper, a call that in the Eighteenth century was imitated by the audience in theatres and it was used to criticize the unwelcome actors. Today it is more and more known in Italy and worldwide, but for different reasons.

In effect, this street harassment can also include homophobic slurs and other hateful comments referencing race, religion, class and disability; however, women are much more commonly victims of catcalling by men.

Can we consider catcalling as mental abuse?

There are many discussions on social networks about this topic and now we can analyse and know more about the catcalling that there has always been but which was often trivialised.

Many people think that words and gestures can be appreciated, however in most cases they are not required and can hide strongly sexist behaviour. If a man whistles at a woman in the street or says a too explicit joke to her, it is not a compliment but it could be perceived as mental abuse. So it is important not to trivialise.

We need to sensitise all of society to avoid additional development of this phenomenon, not only for the women but also for every person who can be affected. We must have respect towards all people in every moment of our life, above all those who are fragile.

Previous articleIs the pandemic really increasing our stress levels?
Next articleZan law: how far have we come compared to other countries?