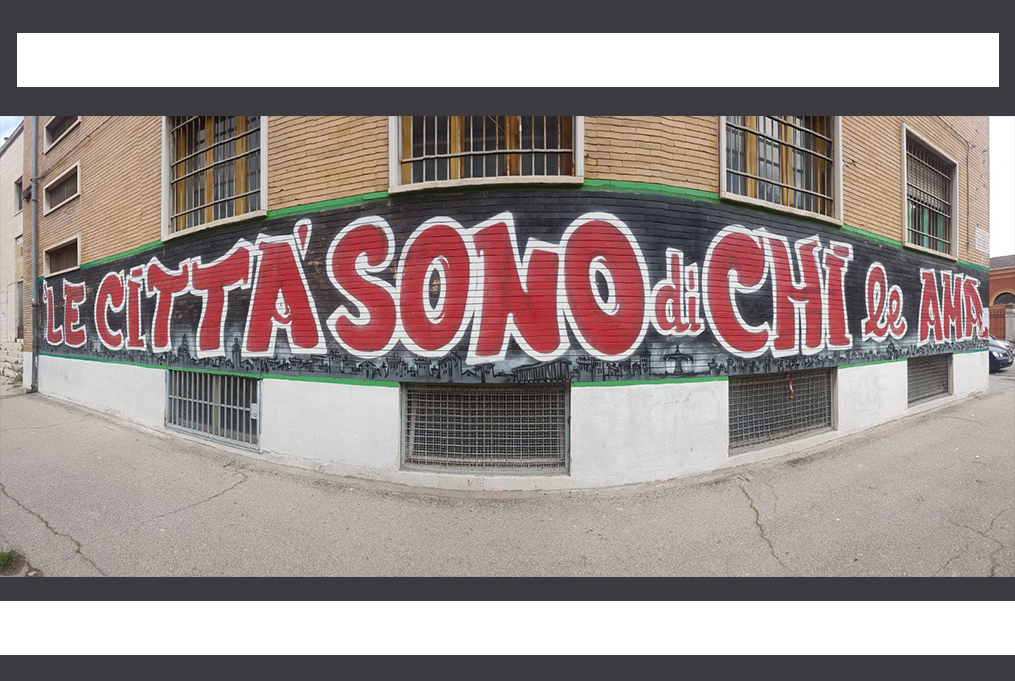 “Cities are of who loves them”

“Someone asks what self-managing is precisely. I say: go to Foggia, and go visit the Scurìa, and you will see with your own eyes.”

These are the words of just one of the many guests of the self-managed social center that was in Foggia a few years ago.

The Scurìa was occupied in 2014 and lasted until 2016. Its building, until 2014, was the seat of the UMA offices which were then transferred. That structure remained unused and abandoned by the institutions and that made it become a dangerous and creepy place. Since the occupation, it has become instead a center of culture and collection for people of all ages, where they could socialize, have fun, take part in cultural events and, why not... even discover some hidden talents! When the Scurìa was created, it was great news for our city! People didn’t know what to think or what to expect. that’s also because usually, social centers don’t have a good reputation among people. Often, they are said to be places where toxic people live, where there are no rules and where you can get in trouble. But, needless to say, that’s often not true.

With one concert hall, a theatre hall, a library, a rehearsal room, a joinery, a radio, a hip-hop laboratory, a free fitness room, a social garden, a craft brewery and many other services, the Scurìa has always hosted book presentations, theatrical performances, agri-food fairs, concerts, little garage sales and many other cultural events.

The people inside also created political groups, such as the student collective “Malombra” made up of young students from every school of the city that met in order to face and try to solve the social and administrative problems in the schools. They undertook some social causes and helped students with manifestations. It was a reference point for everybody and a place where you could find inspiration and the will to do something to improve the city’s situation.

Someone says that the Scurìa was the heritage not only of the city of Foggia, but of its people’s ideas too. Of course it was. It was a place where the differences between social classes were no longer perceptible. It was like a big family, but most importantly, it was a support for people who needed it: people with familiar or economic problems, bullied teenagers, old, lonely people, women in danger. It was, in fact, such a good place to have in a city.

This story proved that in our city there is a big part of the population that doesn’t just await change, but achieves it by its own ambitions and ideas. In Foggia there were already some political workshops where groups of people with common political ideologies met, but the social center was also a meeting point that permitted people to compare ideas and interests with each other.

Everything came to an end in 2016 when the regional institutions decided to take back the building getting started with a tendering procedure to release the place to the University of Foggia. Of course that’s a good use for the building, but why did this decision come so late? Why did they decide to use that very building among the many that are still derelict? Maybe for political reasons, maybe for economic ones.

What we know is that our city and citizens were deprived of a valuable asset that we hope, one day, to build together again.

Previous articleIt’s okay not to be okay
Next articleCartoons, manga and psychology in our life