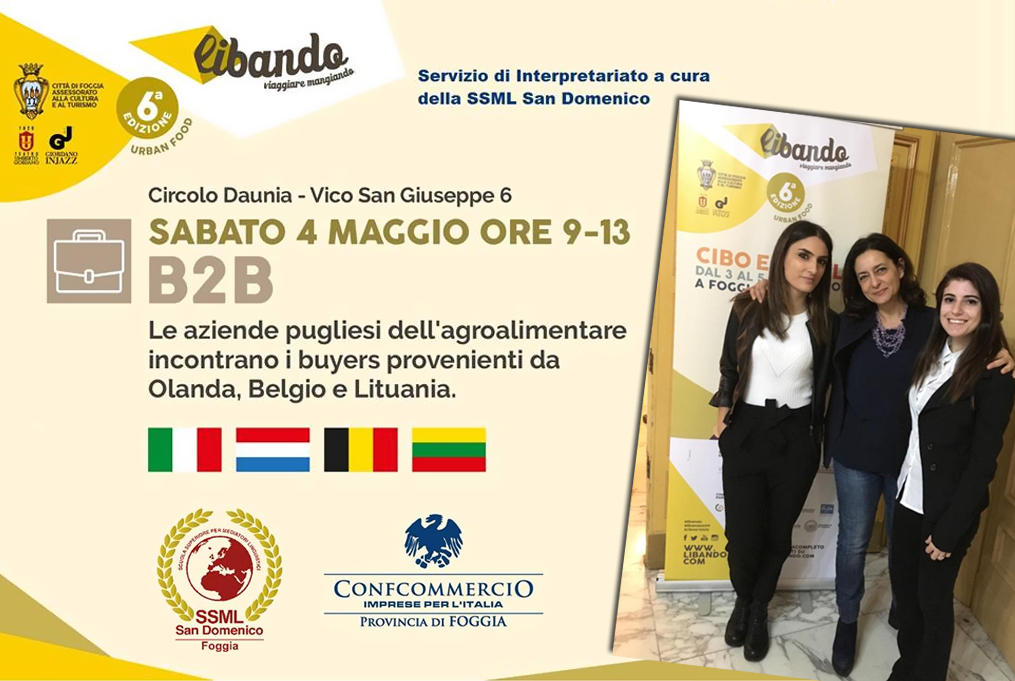 Ester Fracasso shares: "Food is, first of all, emotion."

Previously, we were pleased to write about the wonderful event Terrarancia, which was held during the feast of love. So why don’t we get a glimpse into the mind of the one who created these projects for our territory? That’s the reason why we decided to interview Ester Fracasso, in order to look further into this initiative and to discover the features of the 6th edition of Libando.

33 years ago, after pursuing her studies in tourism sciences, Ester Fracasso managed to put some magnificent initiatives into motion; one of her main goals is to promote our territory, which is full of unique flavours and qualities. Most of these events have a common point: food, in particular enogastronomy. But there’s more. As a matter of fact, Ester said: “We hold events which include many different themes: we also focus on culture, entertainment and leisure activities; we organize conventions and we meet students in schools.” Moreover, there are lots of international markets which are already interested in these initiatives, such as France, Germany and northern Europe in general. About that, some students of our university will actually meet buyers from the Netherlands, Belgium and Lithuania.

But let’s focus now on the key events of this interview: Terrarancia and Libando. Terrarancia has already been the talk of the town; it is an initiative which is dedicated to Saint Valentine, the patron saint of the lovely town Vico del Gargano, and which, in the month of February, gave rise to the magic of the master chocolatiers and the various guests, who fit together alongside a fourhundred year-old tradition. Instead, this year’s edition of Libando is developping around the idea of “food and recycling” a theme that, particularly nowadays, turns out to be poignant not only for our territory, but for the entire planet Earth. And what about its purpose? Of course, it’s about promoting culinary richnesses, but also it wants to call on minds and spirits, raising awareness on the circular economy in our own territory.

In other words, from 3rd to 5th May, in Foggia, get ready to taste ancient recepies which will be revisited and enjoy master classes with both foreign and local chefs. They will do their best so that Libando sticks the hearts and minds of the ones who are participating, once again.

Finally, we warmly thank Ester Fracasso for having given us some of her precious time, despite the challenging organization of this fantastic event.

And you guys, go take part! It’s worth it!

Previous articleREEDYBOX, the innovation of the photo booth comes out in Foggia
Next articleSkam Italia, season 2: taste the rainbow