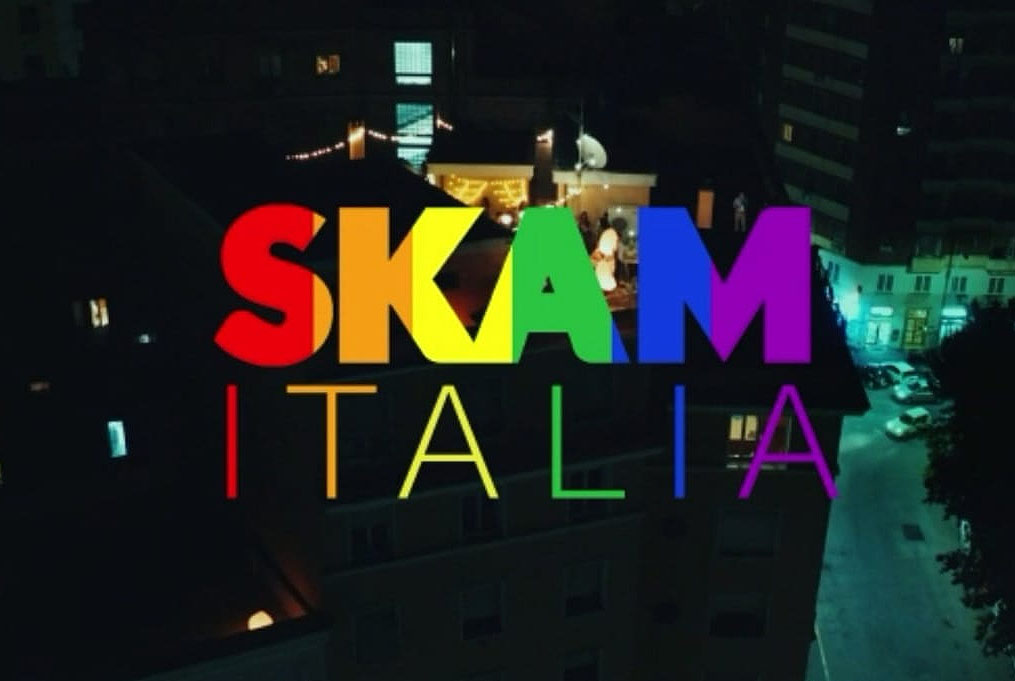 The year is 2019. People walk happily on the streets. A young couple holds hands and kisses publicly, without caring about what the others think. They are a girl and a boy. Some people look at them and smile. Maybe an elderly woman is reminded of when she used to do that with her husband and gets emotional. No one dares to stop them. No one dares to break that kiss. No one is upset because of that kiss. But what if it were a gay couple?

Italy. A gay couple wouldn’t dare to hold hands, or to kiss. They would be so careful that they wouldn’t even touch each other. In fact, even though our country has made huge steps as regards gay rights, we haven’t quite accepted the LGBTQ+ community. This is mainly because Italy has a strong religious tradition and so our mindset is influenced by that.

However, in 2018 I was pleasantly surprised when I stumbled upon the Italian remake of the Norwegian TV series “Skam”. You see, I am not a fan of Italian films and TV series; in fact I can’t stand them (please, don’t take my citizenship away!), but this one really amazed me. Skam may seem like a “light” series, but in reality it shows many interesting and controversial topics. For example, one of the characters, Sana, is a Muslim and in the show we hear some of the prejudices about her religion.

But let’s focus on another character, who is the protagonist of season 2: Martino Rametta, played by Federico Cesari. The second season focuses on his story: in the beginning Martino is confused about his sexual orientation. He tries to convince himself and others that he’s attracted to girls by having a relationship with Emma. Later on he meets Niccolò (Rocco Fasano) and he falls for him right away (even though he doesn’t realise it). Their love story is in fact really complicated: Niccolò has got a long-term girlfriend, and he’s a little bit reluctant to break up with her. On the other hand, Martino doesn’t want to admit that he might be gay or bisexual and sometimes he even makes homophobic jokes with his friends in order to convince himself and others that he’s straight. This leads him to isolate himself. His character development is really something: he goes from being afraid of his sexual orientation to learning to accept himself.

A special mention goes to his iconic coming-out to his best friend Giovanni: while they are playing Fifa, Martino starts to open up about being into someone, but he doesn’t specify whether it is with a girl or a boy; Giovanni asks him questions to find out who this person is and when Martino says that it isn’t a girl, Giovanni doesn’t look away from the game, he doesn’t even blink. He’s just happy that his best friend trusts him again; enough to talk to him about such a delicate matter.

And suddenly Martino feels lighter, he feels as if his life is colourful again and he tells him everything.

But it isn’t over. I won’t give you any more spoilers, but Skam Italia also deals with mental illness and what people think of it. In fact, someone very close to Martino has depression, while another person has bipolar disorder.

So, unfortunately we Italians are still a mile away from the full acceptance of the LGBTQ+ community, but I believe that this TV series is a step towards that direction. Who knows, maybe one day we will be planting a rainbow flag on the moon!

Previous articleEster Fracasso shares: "Food is, first of all, emotion."
Next articleIn Vico, love is in the air