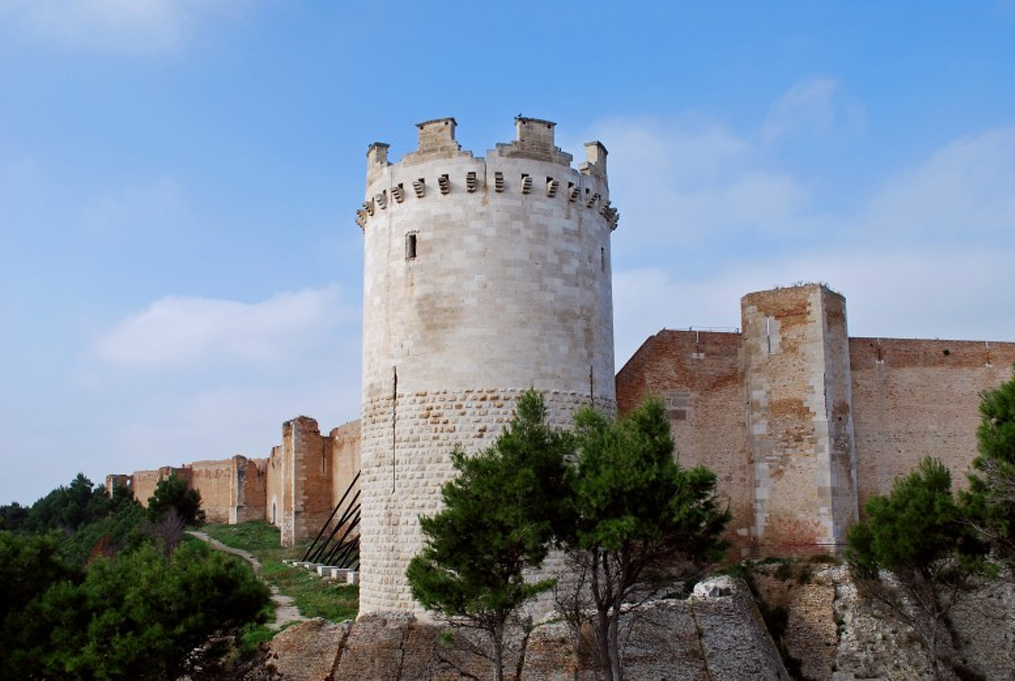 Lucera is located in the province of Foggia in Puglia. It is known for its historic center and numerous monuments, including the Swabian-Angevin fortress and the Augustan ampitheater.

The Swabian-Angevin fortress is a historic military structure dating back to the 13th century. It was built in the Frederick and Angevin ages. Located on the flat top of Colle Albano, it dominates the Tavoliere delle Puglie. Among the various elements, the Torre della Leonessa stands out in particular. The name derives from the presence of traces of the front legs of a lioness on one of the shelves of the tower. In recent years, there has been a deterioration in the state of conservation of the site, with various parts of the walls at risk of collapsing. For this reason, work has begun for the restoration and enhancement of the castle.

Another very important monument is the Augustan amphitheater. It is a Roman period structure located on the eastern outskirts of Lucera. Over the years, it has lost its initial importance and has fallen into neglect. With the beginning of the restauration works, steps were created for a capacity of about one thousand seats, in order to allow the amphiteater to host musical, theatrical and cultural events.

Among the different churches, we find the cathedral basilica of Santa Maria Assunta, in the heart of the city of Lucera. It is an example of Gothic-Angevin architecture. It is the main church of the city and also the cathedral of the diocese of Lucera-Troia. The cathedral has a beautiful rose window and preserves the icon of Santa Maria, patroness of Lucera which is carried in procession on August 16.

Another important figure is that of San Francesco Antonio Fasani, whose body is located in the church of San Francesco D'Assisi. Known as Padre Maestro, he cared a lot for the poor. After the numerous miracles, he became a saint. The basilica has been declared a Monument testifying a UNESCO culture of peace. In addition, a special showcase shows the very humble robes of the saint.