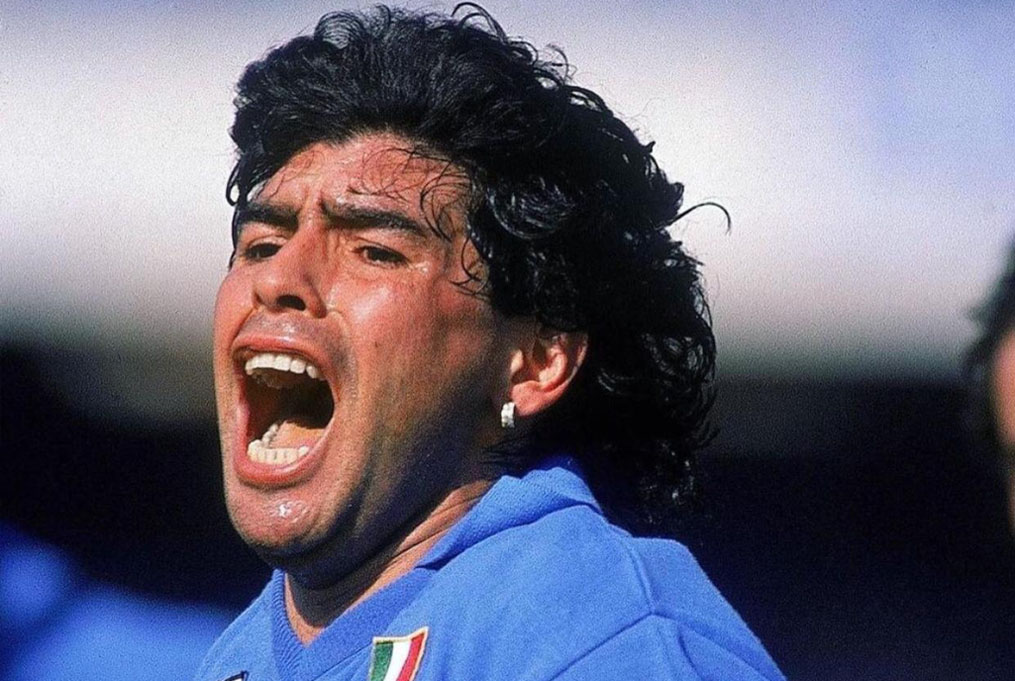 Maradona, the legend of Naples

On July 5, 1984, eighty thousand Neapolitan fans came to see the first steps of the Argentine champion in the San Paolo stadium. Diego Armando Maradona has reciprocated with great love and satisfaction the great affection given by his fans since the first day.

The first championship with "el pibe de oro" closed without great clamor. But it was in the 1986-87 season, with Ottavio Bianchi as coach, that Diego Armando Maradona became an undisputed idol and won the hearts of the Neapolitans forever, bringing the first Scudetto to the blue jersey. The success continued and Maradona accompanied Napoli for the first time in the Champions Cup and in the following championship he earnt the team second place, and then the Italian Cup final and the UEFA Cup. In 1989 the partnership with coach Bianchi ended, although in the 1989/90 championship came the second championship.

Naples and the Neapolitans will never forget him, and every time he returned to the city, people received him with a lot of enthusiasm. His troubles with the IRS, which began in 1989, his dangerous friendships, the world of drugs: none of these actions managed to spoil what the Neapolitans thought of him. Even today there are many dedications scattered in the city of Naples in his honor, such as the mural in San Giovanni a Teduccio. For the Neapolitans he is not only a footballer but a symbol and a reference point.

No one will forget the spontaneous madness of the city in celebration, with tables of spaghetti, the hugs and the cars with horns crazy during the night of the first Scudetto victory. And it is for that victory that Maradona will always remain in their hearts. On 25 November 2020 the world football hero left us forever, but he became a real legend.