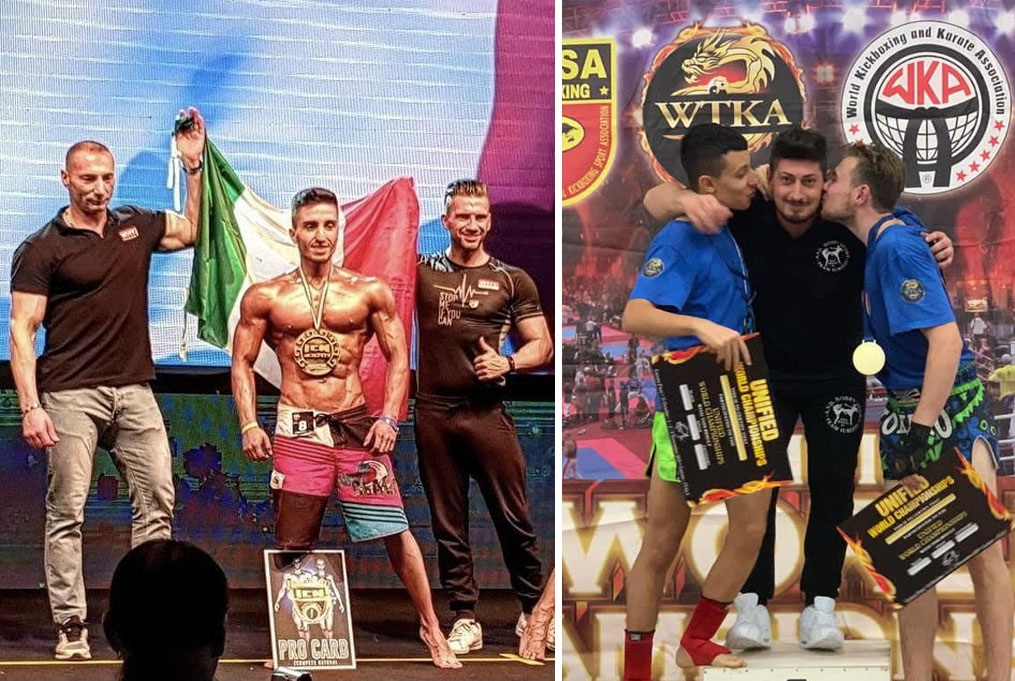 Apulia: the home of world champions

Have you ever heard about 5-star resorts, delicious wines and enchanting views in Apulia? Of course you have! But, to tell the truth, Apulia is more than that. What am I talking about? Let’s discover it.

Actually, in Apulia a large number of sport stars were born, who are recognised by all the most popular world-wide sport federations such as W.T.K.A (World Traditional Karate Association) or I.C.N (Muscle and Model World Alliance). Let me introduce some of them. Have you ever heard about the Apulian professional bodybuilder Giuseppe la Donna? Since he was a teen he ran in track and field. When he turned 18, he started lifting weights at the gym. From that moment on he has been into weightlifting. ‘’ I was only 20 when I took part in my first bodybuilding competition. Over the years, driven by my passion, I won several National Championships such as A.I.N.B.B. National Championship (Natural Bodybuilding Italian Association) in Rimini (2017) or I.C.N. European Championship in Slovenia (2018). I could never have imagined that I would become a Pro athlete when I took part in Universe I.C.N. competition in 2019’’ and he proudly says ‘’ Every contest is based on training, hardship and diet but there’s nothing better than pushing your limits’’.

The second Apulian champion I want you to meet is Oreste Mangino. He grew up doing kickboxing, he was 4 when he started. Now he’s 19 and he is the W.T.K.A. kickboxing world champion. Inspired by his coaches Nicola and Fabio Iurizzi and by all their ‘’Team Iurizzi’’, Oreste took part in several kickboxing contests. When he was a teenager, he became I.K.T.A. (Intercontinental Kick Thai Boxing Association) Mediterranean champion and Italian Champion in Rimini. ‘’After several months of 5 hard training sessions per week I became a W.T.K.A. World champion on October 30th 2019 in Massacarrara. I believe I couldn’t have succeeded without my trainers. Team Iurizzi is my family. Above all they taught me that playing professional sports means respecting your opponent’’.

Last but not least, Vincenzo Giso is another amazing Apulian champion. Driven by comparison with other athletes and by his ambition he’s become a kickboxing agonistic athlete. ‘’ I took part in several W.T.K.A. national competitions in Napoli, Foggia, Trani, Rimini. The most important was an international contest called Unified World Championship in Massa-Carrara in 2019.’’ Moreover, he says ‘’ In my personal opinion competition is the only way to actually see all the work you’ve done throughout the moths and the years. Competition itself motivates me to train harder and harder, in order to always improve. I’m looking forward to fighting against pro athletes’’.

These awesome champions represent only a small part of all the athletes that Apulia has. Who will be the next Apulian pro athlete? ‘’Champions aren’t made in the gyms. Champions are made from something they have deep inside them – a dream, a desire, a vision.’’ Muhammad Ali.

Previous articleAgriculture in Puglia
Next articleMaradona, the legend of Naples