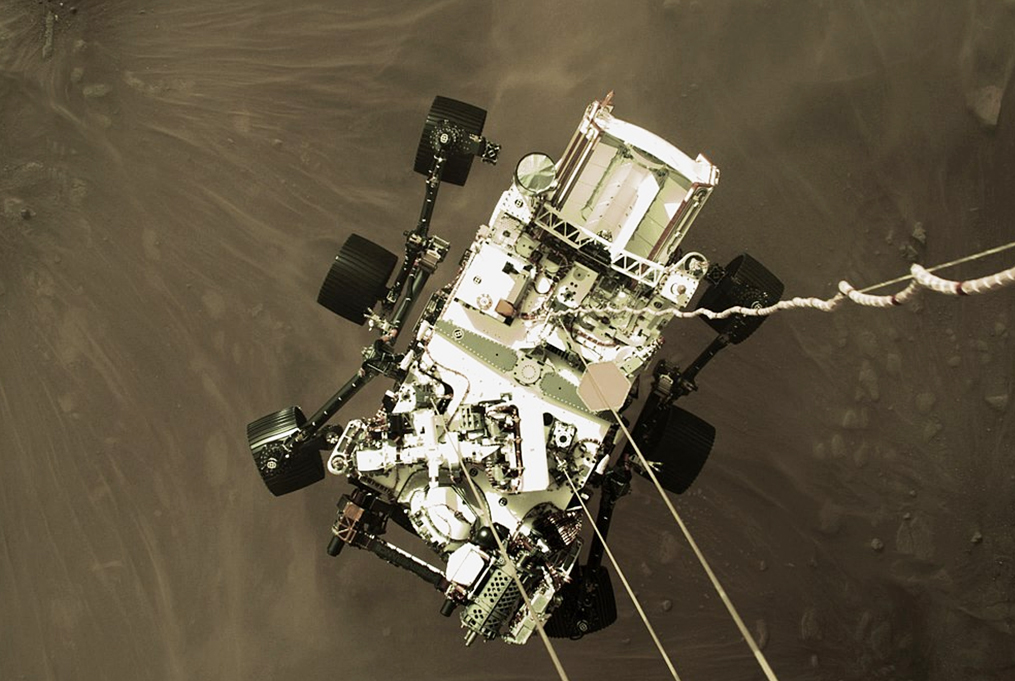 The rover was launched from Earth on July 30, 2020 at 11:50:00 UTC and it successfully landed on its destination on February 18, 2021 at 20:55 UTC. The Perseverance will investigate Mars’ environment, such as its geological surface, its past habitability, and the possibility of future human life on the Red Planet.

But the little robot’s work does not stop there. Its mission also involves the exploration of the Jezero Crater, which scientists believe used to be a significantly deep lake more than 3.5 billion years ago. As of today no water is left in the former lake, but the one that used to be there left sediment which contains biosignatures, useful for providing evidence of past or present living organisms. The rover will also take measurements and technology demonstrations to help designers of a future human expedition understand any hazards posed by Martian dust and will test technology to produce a small amount of pure oxygen from Martian atmospheric carbon dioxide.

This is not the first time humans have sent devices to Mars: the Curiosity rover visited the planet in 2012 with the same purpose and shared some characteristics with Perseverance, since both were designed by the same engineering team. Now the two machines are “living” and working together. Of course, they are constantly sending NASA extremely complex data which only scientists can understand, but we do not need a degree to admire the breath-taking pictures that were released.