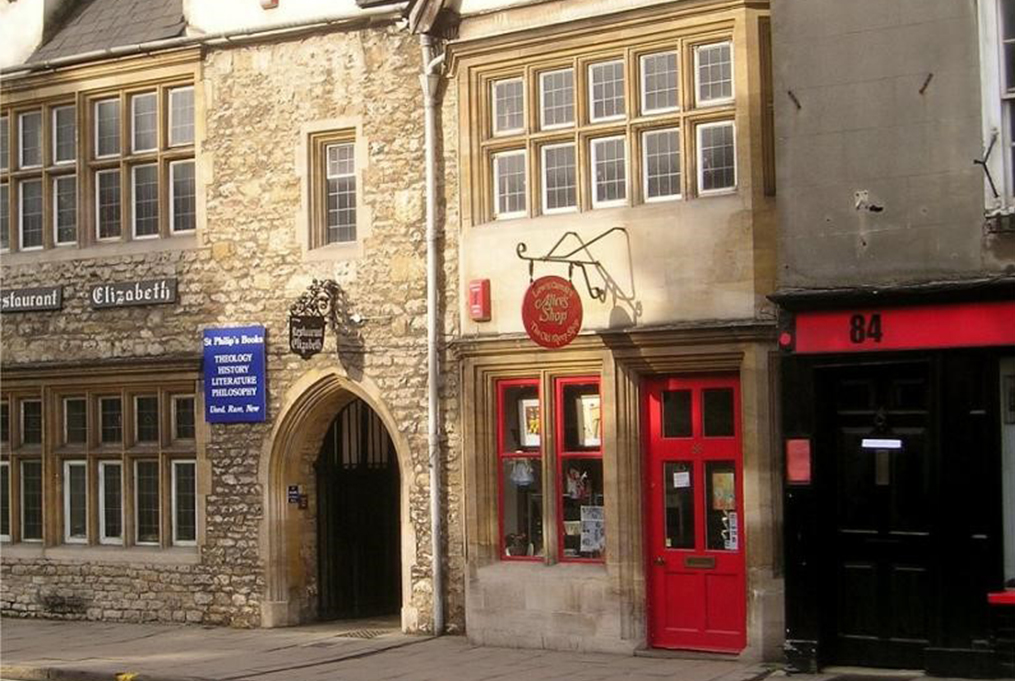 If Oxford is one of your future destinations, you have to know about a place you won’t want to miss!

On 83 St Aldates street there is a little shop known today as Alice’s Shop. Nowadays it sells gifts, souvenirs and memorabilia about Alice in Wonderland, and the subject of the shop isn’t a coincidence.

Built in the 15th century, it was then remodeled in the 17th century and it has a gabled front with a 17th century bay window on the first floor. It is a listed building of Grade II*, which means that it is a particularly important building of more than special interest.

But why is it so important?

Back in the Victorian age this shop was a normal grocery and sweet store, but with a very special regular client called Alice Liddle. Alice was the daughter of Henry Liddle, the Dean of Christ Church and a friend of Charles Lutwidge Dodgson, better known by his pen name Lewis Carroll. Little Alice visited this shop almost every day as it was her nearest sweetshop.

Alice Liddle, as it is reported by some sources - even though there are still controversies on this matter - may have been the person upon which Lewis Carroll based the protagonist of his renowned child novel Alice’s Adventures in Wonderland (often shortened to Alice in Wonderland). As the story became famous, the local community spontaneously started calling the grocery and sweetshop “Alice’s shop” and it has kept that name for almost 150 years.

Located right opposite Christ Church college, where Lewis Carrol taught mathematics, the shop even appears in the sequel of Alice in Wonderland, Through the Looking-Glass, as The Old Sheep Shop where Alice buys an egg which then turns into Humpty Dumpty.

Even if it was never confirmed that Alice Liddle is in fact the same person as the fictional Alice, the shop still became an Alice in Wonderland themed shop since the author described it in Through the Looking-Glass. In the Victorian era it was a grocery shop even if it was already dubbed “Alice’s Shop”. The first Alice in Wonderland souvenirs started to appear in the shop during 1960.