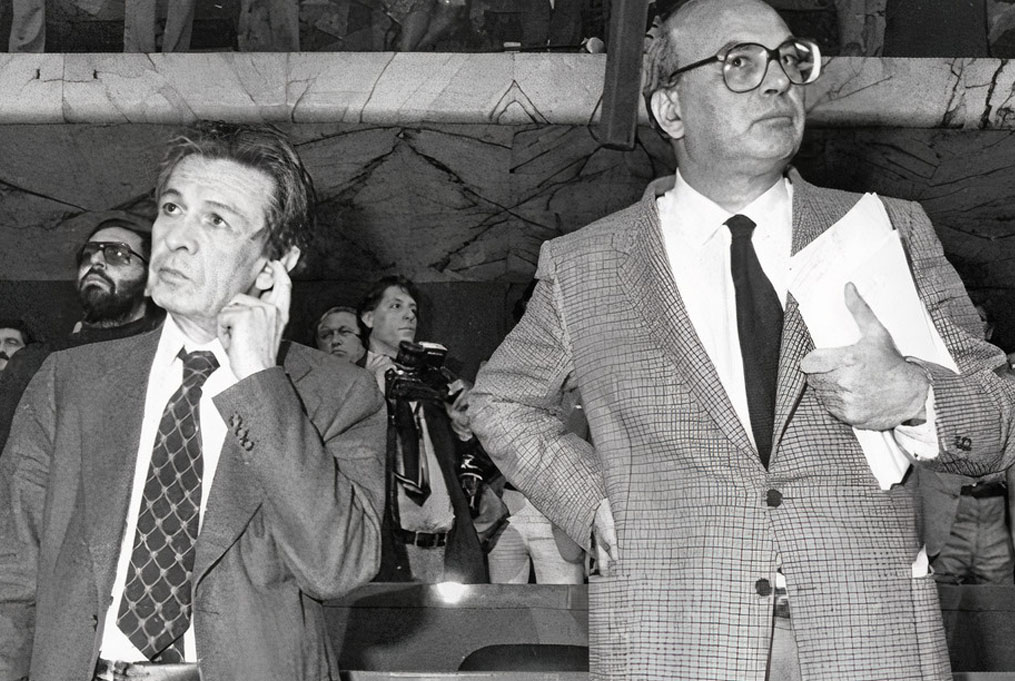 “Politichese”: the language of politicians

Nothing is left to chance for an important figure when it comes to speaking in front of thousands of thousands of people, especially for those who play a prominent role as politicians. But what exactly is “politichese”?

This word was coined by the Italian journalist Eugenio Scalfari, back in the 60’s, during the “First Italian Republic”, to describe a subcategory of the Italian language, characterized by a pompous, cryptic and unnecessary complicated style, used with knowledge by Italian politicians in public communication.

In theory any speech can be branded as “politichese”, if its goal is exactly not to inform: in fact, this way of speaking doesn’t explain anything, nor does it address any specific topic. The ingredients change from politician to politician: metaphors, vagueness, genericity, ambiguity, evasiveness, specialist terms, abstractions, clichés, stereotypes, allusions, and tautologies.

The English vocabulary doesn’t have a specific word for it however, the Italian term is often translated as “Newspeak”, a definition used by George Orwell, an English novelist, essayist, journalist and critic, in his novel “1984”.

A clear example of what the political Newspeak language is about, in Italy, can be observed during Aldo Moro’s speeches: he often described the political agreements between 70’s Left and traditionalistic Christian Democratic parties as “parallel convergences”. A perfect oxymoron. And what about the political language in the 21st century?

We can observe that things haven’t changed that much over time. Most politicians nowadays still tend to use a similar communication method during electoral campaigns, but in a slightly different way. Sentences are less complex, characterized by a shorter structure, and with a strong word or meaning inside of them. Exactly how a “catch phrase” or a “Slogan” would be made.

Is this a new way to speak and act that Italian politicians created out of nowhere? Definitely not: this way of speaking and politicking is just the son of the late 1910s and the early 1930s western and Russian propaganda.

How will the language of politics evolve? Will it improve? Will it get worse...? Who knows! Just think positive and let’s hope for the best!