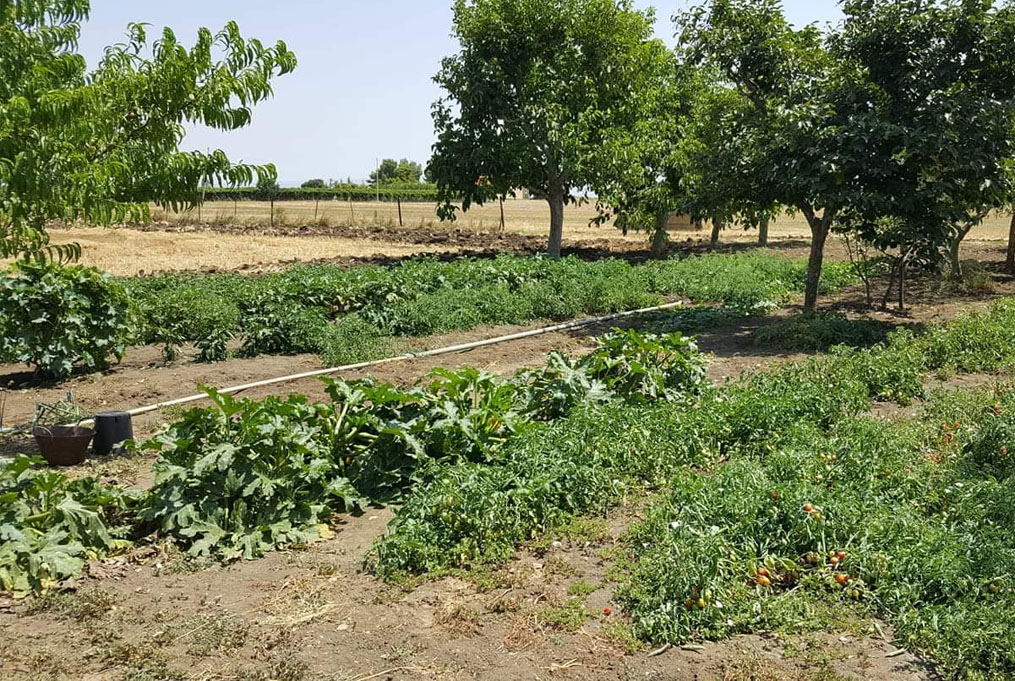 Agriculture in Puglia is widely practiced and is a source of income for many families. In our territory “Il Tavoliere delle Puglie” cereals, vines and olive trees are cultivated. The production of oats and vegetables (artichokes, tomatoes, cabbages, peppers) also is high; of almonds, for which Puglia is second only to Sicily; of figs (especially in the land of Bari); durum wheat (in the “Tavoliere delle Puglie”); of tobacco (in the province of Lecce).

Agriculture is an activity closely linked to climatic conditions. There are favorable vintages that lead to abundant crops and vintages in which crops are scarce.

Apulian agriculture also has its own problems to solve and these are quite serious. The most serious and important among them is the scarcity of water, a problem that farmers have had to contend with since ancient times. This results in poor irrigation of the land. In fact, in 2017, due to drought, agricultural production decreased by 50%, with an estimated damage of over 200 million euros.

Another serious problem that afflicts Apulian agriculture is “Xylella fastidiosa”. It is a bacterium that affects, in particular, the province of Lecce. It is spread by an adult insect which, moving from plant to plant to feed, acquires the bacterium of the infected plants, and transmits it to healthy plants, thus spreading the epidemic “like wildfire”.

What’s more, the value of agricultural products is sold off (the so-called raw product). Before the product reaches the table, it goes through many steps, thus losing value. The product acquires value only for those who resell it, for example the merchant in the shop (who handles it). If you could do “0 km agriculture”, it would increase the income for farmers (so, going directly to the countryside to buy the product). Agriculture no longer transforms the product, so the profit is minimal. If you start your own business (turn it into a product), you will earn more. In this way, more young people would be interested in agriculture.

Due to the fact that young people do not engage in agriculture, there are many foreign workers who are exploited with little money and many hours of work (without being hired). This is the so-called phenomenon of “illegal hiring”.

In recent years, to enhance agriculture, in our country, “educational farms” have been created where you can see animals up close, plants and their growth, which become food to put on the tables. Another very important activity is the “farm” where people eat the products that are cultivated on that land.

Finally, the recognition, in December of last year, of the IGP “Olio di Puglia” mark represents an important step towards the enhancement of a territory rich in resources.

Previous article“Politichese”: the language of politicians
Next articleApulia: the home of world champions