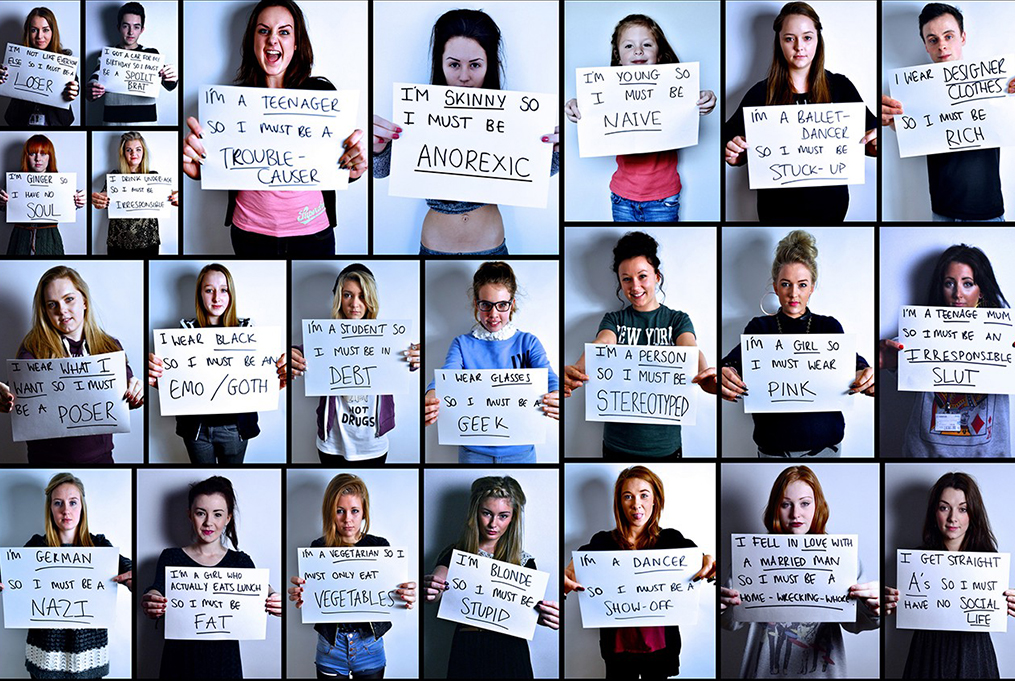 Stereotypes & Prejudices in our society

Would you let your daughter play football? Would you let your son play with dolls? Would you gift your husband a washing machine and your wife a car? If your answer is yes, well, you fortunately aren’t a slave of stereotypes. A stereotype is a pre-established and generalized opinion, something which is not built on experiences or on the evaluation of single cases. Stereotypes are strictly connected to prejudices, as we will see.

According to stereotypes women should care for children and for the house, shouldn’t work or drive and shouldn’t be interested in politics or culture. Men, instead, are the smartest: they can drive and learn about politics and they have the obligation to work and to maintain their family. Nowadays the world has become so various that stereotypes have no place in it, indeed most of the young people don’t follow them anymore, but in the previous century they were firmly established in human psychology. You just have to ask your grandparents to understand it.

I asked my grandmother in a mini interview and what she said left me upset: she never finished elementary school, because she “had to learn how to do housework, how to cook and to be a good mother first”. When she was young she couldn’t go out alone with her friends or sisters, when she received my grandfather’s proposal she couldn’t decide by herself and she could have not accepted it if her father didn’t agree. She never knew anything about politics or what happened in society, she never voted and she never worked. In her mind she was doing whatever it takes to be a good woman, but the idea of ‘the good woman’ was given by the stereotypes of that age. My grandmother could see the change of women’s role in society but she doesn’t completely agree with that. In fact, those stereotypes she has grown up with, haven’t abandoned her mind, and it is for that reason that she has prejudices today.

According to her idea, if you aren’t feminine enough, if you say swearwords, if you can’t cook, do housework or care for your children, you aren’t a good woman. Of course these are a 85-year-old woman’s ideas and it could be justified saying that she grew up in this way, but the thing is that in today’s society there are still people with these prejudices and sometimes they are also young people.

That depends on the models you’ve had in your family but also on the values they have transmitted to you during your growth, but the final decision is yours. In order to avoid prejudices what we all should do is to discuss with other people, people who live life from another point of view, people with ideas different from ours. Before talking to these people we have to abandon any preestablished concept we have in our mind and just listen to their stories and put ourselves in their shoes.

I talked about what we call ‘gender stereotypes’, because I think they are the basis of everything, but there are many others: do you think Muslims are terrorists? Do you think Romanians are thieves? Do you think all Italians are part of the mafia? Or that all Americans are fat? Would you trust a tattooed lawyer? Or a pierced doctor?

Stereotypes are about any person in the world, any role in society; nowadays everything is stereotypical, but as I said before, stereotypes are very old and old-fashioned and fortunately we are intelligent enough to overcome them, which is important in order to let everyone live peacefully, because no one should feel wrong, no one should be limited in his wishes for fear of being judged and I think this could lead to a happy world, with happy people living in it.