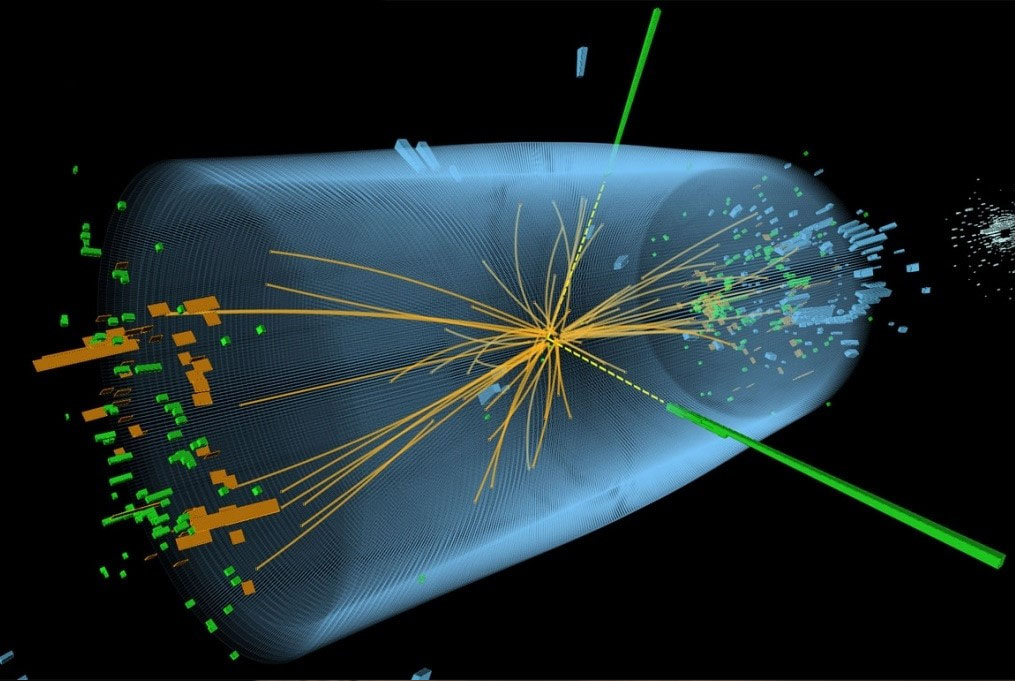 What is inside the Higgs Boson?

New research hypothesizes that the Higgs Boson is made of something (particles maybe?) even smaller, held together by unknown forces.

Few people probably know exactly what it is, but everybody knows that it exists: the Higgs Boson, the famous God’s particle, which was theorised in 1964 by Peter Higgs (Nobel Prize winner in 2013) and identified for the first time in 2012 with experiments carried out at the LHC (Large Hadron Collider), located inside the CERN research organisation.

Breaking news: that particle could be composed of a set of something else (particles?) held together by a force whose source has not been discovered yet.

The people who support this hypothesis are four young Italian students, who arrived at a singular outcome: the hypothesis that the Higgs Boson is not entirely new, but this research moves away from the previous ones. According to the four researchers, the particles which connect to form the Higgs Boson are fermions (a family of quarks, neutrinos, and electrons) and scalars (particles with mass 0: they are pure kinetic energy).

The LHC is not enough. In the previous hypothesis, the scalars have never been considered: if they exist (and it should be demonstrated), it might be possible to explain the mass of all the known fundamental particles, opening the doors to many new questions…

So, it is like being back in 1964 when the Higgs hypothesis needed experimental evidence. That is why the LHC had been built. To search the scalars, a more powerful particle collider is required, more powerful than the LHC. If they were ever discovered, scientists say, they could give solutions to cosmological problems that now seem impossible to solve, for instance, dark matter or antimatter which is missing from our Universe.