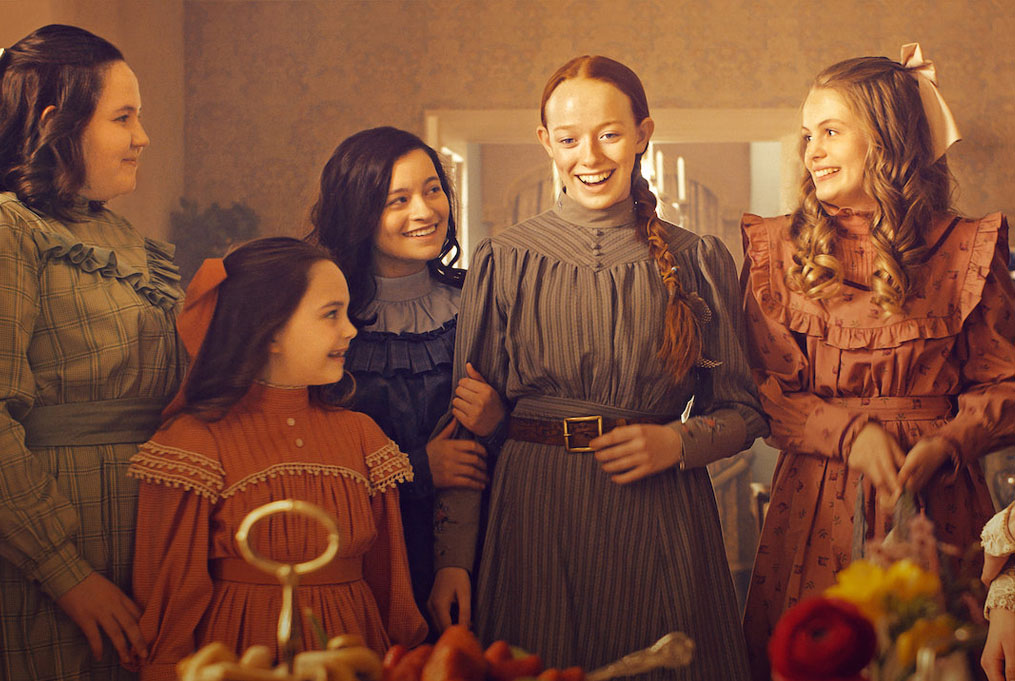 Why everyone should watch “Anne with an E”

Are you sitting on the sofa scrolling through social media, laughing at outdated memes and updating your feed over and over again because by now you’ve already seen everything there is to see on the Internet? Well, you’re in for a treat, because my advice is that you watch “Anne with an E” on Netflix!

I want to be honest with you, I was very reluctant to watch it at first: why would I want to watch a “boring” show set in the late 1890s when I could watch a modern and funny show? But then I finally came to my senses, and oh boy, I have not regretted a single second of it.

“Anne with an E” is the story of Anne, an orphan who was accidentally adopted by Marilla and Matthew Cuthbert. Yes, “accidentally”: the Cuthberts wanted a boy to help them on the farm, but after a series of (un)fortunate events, they wound up with her instead. But Anne turned out to be the best thing that happened to them, just like the show was to me.

“Anne with an E” is such an amazing show, that it will literally blow your mind. It’s a story about family, friendship, love. You will fall in love with the characters (except Billy Andrews, you’ll know why), and you will learn to love Anne’s “most tragical and ever so romantical” way of speaking and her “scope for the imagination”.

But above all, you will see important themes depicted on the screen. First of all, you’ll be surprised to see Marilla’s clumsy attempts to be open-minded about numerous things. She even joins a group of forward-thinking women in order to help create a better future for her Anne. Anne herself never feels limited by her gender, in a world where women were bound to be married and take care of the household.

Warning: spoilers ahead! Cole is definitely my favourite character of the show. He is so brave that he confides in Anne that “he thinks he’s like Aunt Josephine” even though he is basically bullied by his teacher and some of his classmates – mainly by the infamous Billy (argh, he is so annoying!).

Sebastian is another great character. With his introduction in season 2, new dynamics are added as well – that is, how the other characters react to a person of colour “roaming freely” in their “sacred” Avonlea. At first, he finds it hard to be accepted in their community, especially because the population of Avonlea is mainly made of narrow-minded elders. We witness some infuriating scenes in the show, like the one where he cannot get on a train because of the colour of his skin. Or the one where a bigoted woman calls him “a savage”.

Of course, there are other exceptional characters, but if you’re curious, what are you waiting for? Stop goofing around and get on and watch this talented, brilliant, incredible, amazing, showstopper, spectacular, never the same, totally unique show!!

Previous articleWomen in journalism: has it always been so normal?
Next articleWhat is inside the Higgs Boson?