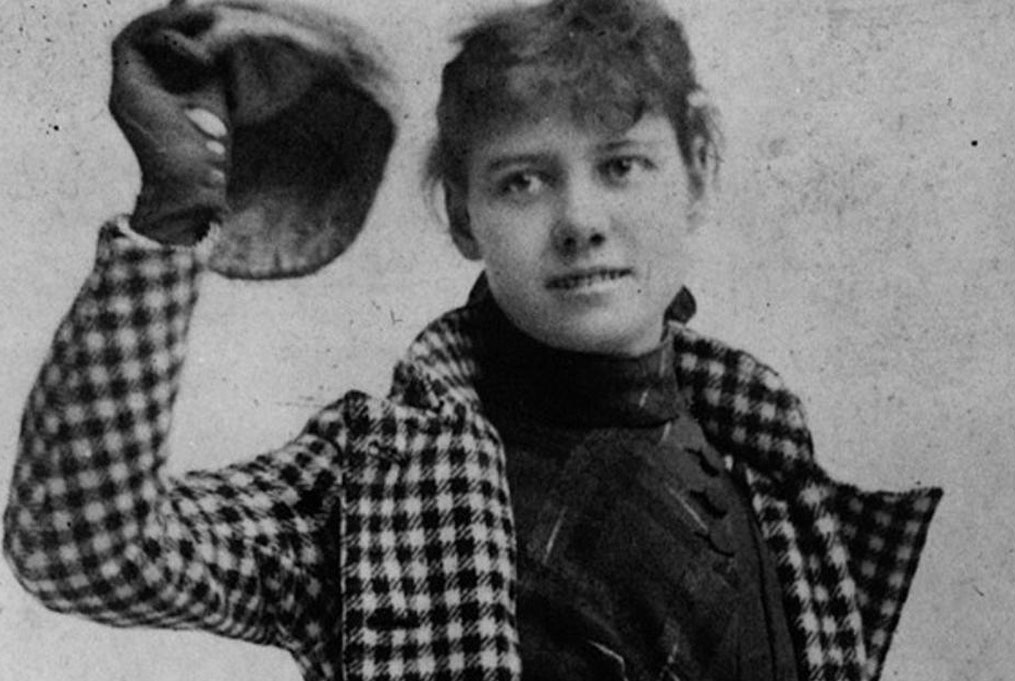 Women in journalism: has it always been so normal?

Nowadays there is still the issue of women rights and their equality to men. Today, it is easy and totally normal to find a woman journalist, but that’s thanks to a particular woman who, in the past, fought to become a journalist: she is Nellie Bly.

Elizabeth Cochran was a young woman when a Pittsburgh journal, the “Dispatch”, published a sexist article about ‘what girls are good for’.

The editor of the newspaper read, among the hundreds of protesting letters, that of Elizabeth, who signed herself as “Lonely Orphan Girl” and he thought it was actually a man’s letter, because “it was written too well to be a woman’s”. So, he offered this anonymous writer to work in the journal and you can imagine how surprised he was when he found out that the anonymous writer was actually an orphan girl!

Elizabeth got the job and from that moment, she became Nellie Bly.

Her articles were about the injustices in society, women’s work conditions and gender discriminations, and that was obviously an issue for the business-men and farm directors that didn’t want her to ruin their reputation. That’s why her director started asking her to write about gardening and fashion (things “more suited to a woman”) and it’s for that reason that she quit her job and went to New York, where after many rejections from other newspapers, she became a “New York’s World” journalist. This newspaper belonged to a certain Pulitzer and he got fascinated by Nellie’s request: she demanded his permission to act crazy in order to enter in a women’s psychiatric hospital and to see how patients got treated.

During her stay in “Blackwell’s island” she could see the tortures to which the sick were subjected and writing her articles about it she actually founded ‘investigative journalism’. Needless to say, this created much scandal and Nellie made the people of New York start talking about her.

During the trip Nellie wrote a report for each city and country she had been in and this made her deserve, on her return, a great entrance with thousands of people paying homage to her.

Of course, all her life went down in history, but she was just the first of a very long series of women that achieved such great things. Unfortunately, not all of them received the same glory as Nellie. For example Ilaria Alpi, a great journalist of the Italian newscast Tg3 who was killed in Mogadiscio (Somali) with her colleague Miran Hrovatin. Ilaria was a strong and determined woman, passionate about eastern cultures and countries. It’s for that reason that in her career as a journalist, she decided to deepen a trail of inquiry that would have led her to discover an illegal toxic waste disposal and arms trafficking that involved not only the Italian government, but also many other powerful ones. Nowadays we (and her family also) still don’t know how and why she died, but what we know for sure, is that what she was investigating bothered some of the “powerful” people. What we should do, coming to know these stories, is to reflect on how women are strong and combative when they fight for something they actually believe in and how much they are willing to sacrifice to follow their aims.

We should ‘use’ Ilaria Alpi’s story as a reminder, to keep this kind of injustice from happening again and always to fight to know the truth about someone’s death. Because we can uncover it.

But we could also use Nellie Bly’s story to remember how hard women have fought, one by one, to get their current position in society and to not make them lose it anymore, hoping to live, now and forever in a world founded on justice and equality.