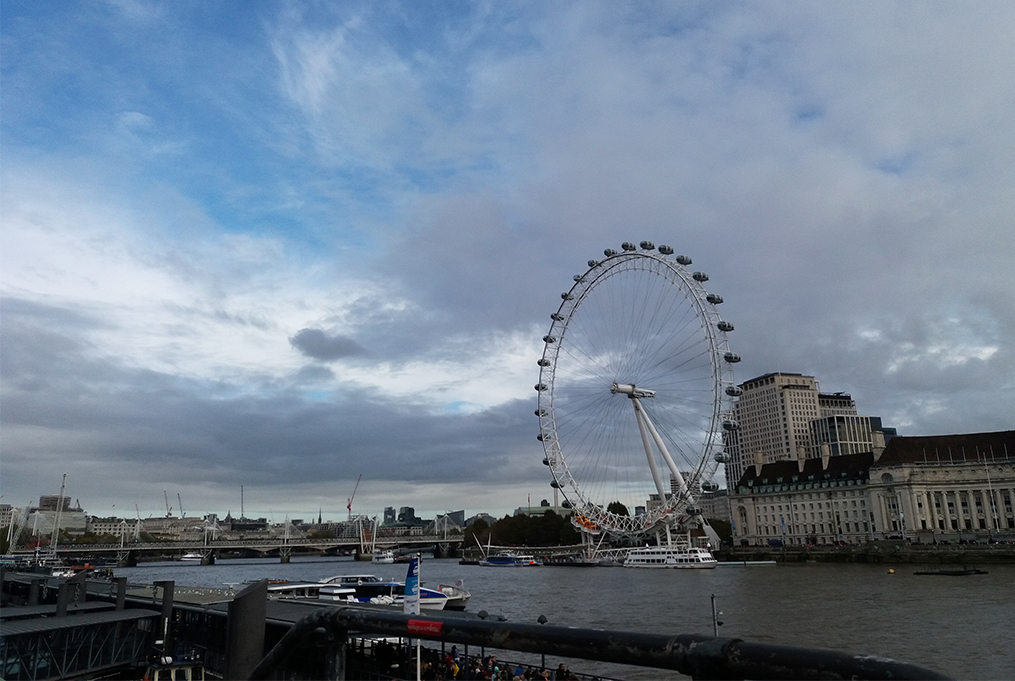 Maybe it’s because I’m a Londoner…

It’s nearly the end of 2019, which has been a really tough year. I went through some changes in my life that overtook me and I experienced things that severely affected my days, so I tried to turn them into good things. How? I just started to do something I’ve always taken for granted: I started living; I stopped complaining about everything and I began to appreciate what I had, which is more than what someone could ever askfor. We only live once and we need to embrace pain and sufferance during the perfect storm, so that we can become better people and enjoy the little things (and trust me, they’re not little at all). In other words: No pain, no gain!

WELL.. I think it’s time to stop talking as a philosopher, an 80-year-old woman or, I don’t know, a Tumblr girl. Let’s talk about me trying to cheer myself up by going to London. Yes, I said London, not Ibiza. Don’t judge my way of having fun! Celebrating my 21stbirthday in London with my bestie was like a dream come true. I had the most wonderful time and I also had the chance to practice English, even though every morning the Starbucks barista randomly shouted Italian words with his lovely accent. I just love English people, they’re unique. I love their lifestyle, their customs, their kindness, charm and positivity. There’s not a single thing I don’t like about them. Oh, maybe they should work on their wardrobe…I mean, why would you wear a t-shirt and a pair of shorts while it’s zero degrees? You don’t have to prove that you’re cooler than everybody else, we already know it!

By the way, I visited the major attractions and I was flabbergasted when I saw all that beauty. It just felt surreal and unbelievable, and knowing that human beings are destroying what this world has to offer is a pity. I wish people could see what we have and how great it is instead of ruining it. Hope springs eternaland I strongly believe that everything will be alright because every cloud has a silver lining!