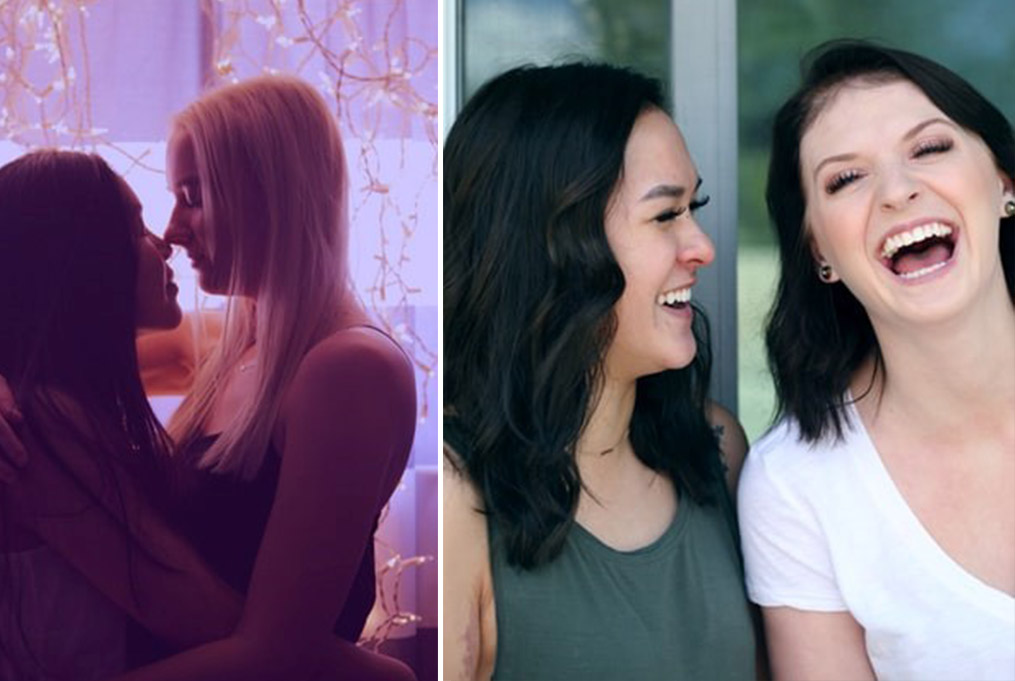 Their words mean nothing

Being yourself can bevery difficult and hard for many people, above all for lesbians or at least for homosexuals in general.

In Italy, especially in the south of the nation, the situation is probably among the most complicated, if compared to other countries. In other states, for example Arabia or Iran, if you are lesbian youare either forced to marry a man or toescape from your own home, otherwise you will be killed. So many lesbians are forced to hide out and for a lot of people who have been subjected to this type of discrimination it becomes important, for example, to study English or other languages: it seems to be the only solution to leave their native-state and to be considered as a person. Others may suffer even more from this situation, because they probably loved living there. Unfortunately, in nations like Italy – that is generally considered a democracy which is founded on principles of freedom and equality - lesbians still don’t have the same rights as other people; also, people who livethis situationfirsthand feel the differences even more.

Today, in my opinion, the situation seems to be the same as a long time ago, although even at the time, for example, of Greek authors, being a lesbian wasn’t a big deal. On the contrary, it was normality. One of the most captivating figures of that time is the poetess Saffo,whilein the 19th century wecan all remember the British writer Virginia Woolf. Just now, to make sure that all rights are being recognized as such, many L.G.B.Q.T. associations have been set up to make their voices heard. In Apulia, more precisely in Foggia, there’s one of these organizations whose name is “Le Bigotte”.Nowadays, among the most activist women who share this belief, the figures of the footballer Megan Rapinoe and of the host Ellen DeGeneres stand out. In this world the only desire you have is to live your love freely and you get angry when you arediscriminatedjust because you are a lesbian.As often happens, the first to point the finger at you are the same ones that do not respect their wives, girlfriends or partners, they say you aren’t normal, that you are sick, only because you’ve chosen to love awoman and to respect her. I believe that whoever calls you weird for this reason alone is a frustrated person and I believe that his/her words mean nothing.