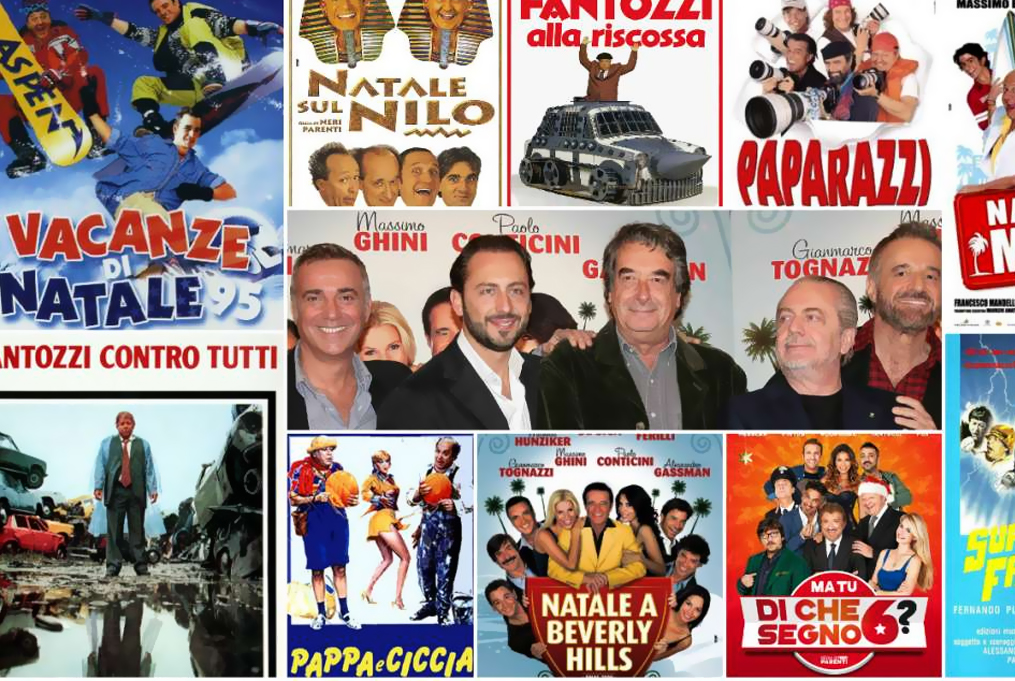 We're out of Cinepanettoni, what's next?

The term Cinepanettone is really old and its first utilization dates back to back to 1997; only 4 years after the first one was made and then they got this title due to their release date which was always close to Christmas, comparing them to the famous Italian seasonal dessert “Panettone”.

Last year was to be the final year for this 25 year old Italian tradition of cinema, ending with “Natale a Cortina” back in 2011 after the Media Company “Filmauro” decided to go back to classic comedies when they started getting lower profits from Cinepanettoni, which ended this strange phenomenon.

There are probably a lot of words which may sound better than “strange”, but that’s the one which describes them more accurately because even when they came out for the first time, nobody knew what to expect. What they received was a movie where two protagonists; Massimo Boldi and Christian De Sica (who would both come back for every following installment) string along a very basic plot which happens during Christmas with some awkward jokes and actors who may be known on TV but that don’t shine on the big screen. Both of these elements made these movies really cheap and simple, anyhow they became an Italian symbol just like Ferrari, spaghetti, pizza or gesticulating, I suppose.

After lower profits, really old jokes and the last attempt to bring them back last year with “Super vacanze di Natale”, which was just a compilation of famous clips taken from the previous movies, I think it’s time to analyze the future of Italian filmmaking and what modern directors have in store for us. Of course, the classic Italian comedies are still there if you are into that kind of thing, but let’s see what else we have…the truth is that just like TV series, the topics we chose are becoming a little redundant; this year has been a prime example of this with numerous comedies and movies about corruption in politics, racism and as always, mafia.

While it’s true that we live in a time where it seems like we’ve run out of ideas and where everyone is getting used to just producing remakes without trying to take a risk and be original. I think there are still new opportunities to discover and develop movies that are unique and memorable.

But what I want to concentrate on is the replacement of Cinepanettoni with another Christmas tradition and it wouldn’t be as hard as one might think.

A thought which I have had in mind for a while now is to create an anthology series set in Italy, I mean, so many things could happen at Christmas and we haven’t even scratched the surface. One year it might be a horror movie, then sci-fi and so on…let’s just leave mafia out of it, okay? Unless someone comes up with the idea of creating an imaginary crime ring with Santa as its leader and elves as his minions, now that’s something I want to see!

Surely these kinds of movies would be a lot more expensive to make and they probably wouldn’t be enjoyed by every casual moviegoer but it’s a great opportunity to make Italy known all around the world for something new and to maybe break the “Remake trend”.

So, in conclusion, I would say that there’s still a lot to enjoy about Italian filmmaking even if it’s becoming stale and while this Christmas we won’t have anything to hold our breath for, it’s time for directors not only in Italy but all around the world to stop munching on their peppermint popcorn (if that actually exists) and start thinking outside the box and try and make us dream again, even if it might hurt their wallets a little.

But it’s quite alright. Because even as they play, bleary eyed and full-bellied at 2am, I’m there being a true Brit in Italy: (possibly) umpteenth glass of wine, contemplating another half-slice of panettone.