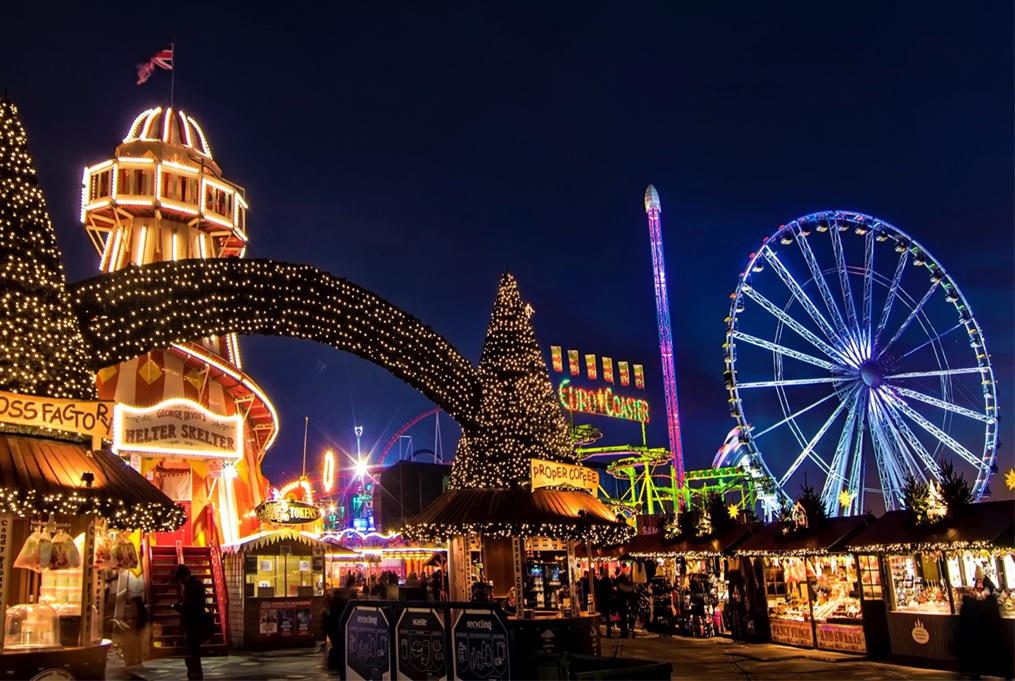 The Brit in Italy

In the UK, from the start of November you can barely walk down the street without being blinded by the twinkly lights and deafened by horrendously out dated Christmas tunes. In Italy, although you may not see it quite as early as this out on the streets, the festive season is slowly weaving its way into the houses of many a resident in the small towns of the province of Foggia. The other day I discovered that some friends here had already put their tree up. It was November 15th. Now, not wanting to sound too much like a Scrooge, I was fairly taken aback by this. Back at home in England, my mum wouldn’t have a problem even if the tree was put up three days before the Big Day. (This of course, is partly due to our dog Harry wanting to wrestle with the tree decorations though). While there may be many similarities between Christmas festivities in the bel paese and those in good old Blighty, there are certainly one or two discrepancies that should be noted.

Let’s start with one of the most important things about Christmas. The real reason we celebrate. The age old tradition that brings everyone together. I am of course, talking about food. Food glorious food. In England we scoff mince pies (even though every single other person on the planet who isn’t British can’t quite get their head around them…no, they do NOT contain meat), dive head first into the mandatory giant box of Cadbury’s chocolates, and pad out a would-be relatively healthy Christmas lunch (veggies, white meat) with mountains of greasy sausages wrapped in bacon. Heck, we even add bacon to the spouts. Although let’s be honest, Brussels sprouts sans bacon are just, well, borderline offensive. In other words, we really go to town on the whole ‘eating until our trousers need unbuttoning’ kind of thing.

However, in Italy, I feel it is safe to say, that things are taken to the next level. There are several certainties on Christmas day here: you’ll see friends and family, you’ll drink and be merry, and you’ll have indigestion. There is also a fairly high probability that someone may actually have to roll you home once you have finished eating.

Saying that, however, the eating never really seems to end. One course after another, from abundant antipasti to big plates of tortellini with broth, then lashings of meat and vegetables. Afterwards we’ve got fruit, nuts, dessert and panettone. My stomach always recoils in horror as soon as I see the panettone being stacked up in the supermarkets. I swear my boyfriend’s father stockpiles them in the kitchen cupboard from October onwards. By December, said cupboard is so full that the doors are about to fall off their hinges. A couple of kilos will be added to your body mass over the festive season. This is pretty much fact.

Another thing I have noticed here, is that while the aforementioned ‘drink and be merry’ concept certainly rings true in Italy, dare I say that here, a little more self-control is apparent. Yes, Zio Umberto may have fallen asleep after a couple of fairly strong glasses of liquore post-Christmas lunch (it is used to ‘aid digestion’, however I have my doubts, seeing as it just burns my oesophagus and causes me embarrassment due to the fits of coughing that follow) or mamma may be conversing at a particularly loud volume after one-too-many glasses of vino rosso, but let’s say that everything is more or less under control.

In the UK, the same may not be true. Of course, while I don’t speak for everyone in Britain, we Brits in general are well known for our excessive alcohol consumption on any given day of the year, let alone at Christmas time. Many a poor over-indulger has been left red faced after a drunken office party stint. A large number of party animals wake up Christmas morning not to the sound of jingle bells and the smell of delicious roast turkey, but to silence, as their rotten hangover has caused them to sleep through the whole damn day. In other words, we love a good drink, and during Christmas time, we don’t usually hold back.

Having said this however, while some of us Brits may overindulge in the grape and/or the grain, we do tend to enjoy a nice, brisk walk, either on Christmas day or Boxing day or both. Wellington boots, thick socks, winter coat, three scarves…ok maybe the latter is just (perpetually cold) me. But in any case, we bundle up and brave the elements. My parents live near the sea, so you can imagine the ‘pleasant’ icy wind that whips around our ears for the short 5 miles or so (!)

Returning to slightly warmer climes, here in the south of Italy, you might take a walk before lunch. And I mean just due passi (a short up and down the main street of the town, probably). Sunday best is worn, sunglasses are adorned, coffee is drunk. Women wear skyscraper heels, so you can see why it is usually just due passi. While I may lament the quasi-pneumonia-inducing coastal winds, at least in part I manage to burn off some of the Christmas feast. In Italy all I tend to do is fall asleep on the sofa, as my stomach begins its hard slog.

And what about games? Every year, in both Britain and Italy, we dust off the games (because let’s face it, they are only brought out once a year), make sure we have even more food to stuff into our stomachs, and start getting competitive. Where I’m from, ‘wordy’ board games such as Scattergories and Taboo are the order of the day, with a few rounds of general knowledge quizzes thrown in for good measure (yes, it’s possible I come from a somewhat geeky family). In Italy, it’s Tombola (confusing for Brits, who undoubtedly think of the village fete game with possible prizes such as a can of peaches or various ‘second hand’ trinkets) which is basically Bingo. And of course, cards. Various card games, which last until the very early hours of the morning, and which are played using cards that, even after eight years living here, I still don’t know how to use. Yes, people have tried to teach me. No, they have not succeeded.

But it’s quite alright. Because even as they play, bleary eyed and full-bellied at 2am, I’m there being a true Brit in Italy: (possibly) umpteenth glass of wine, contemplating another half-slice of panettone.

Previous articleThe Brit in Italy Part 2- ‘It’s not coffee?!’
Next articleWe're out of Cinepanettoni, what's next?